Public Display Stand 180 Single MediaBox is one of the most flexible and multifunctional display stand of its kind. 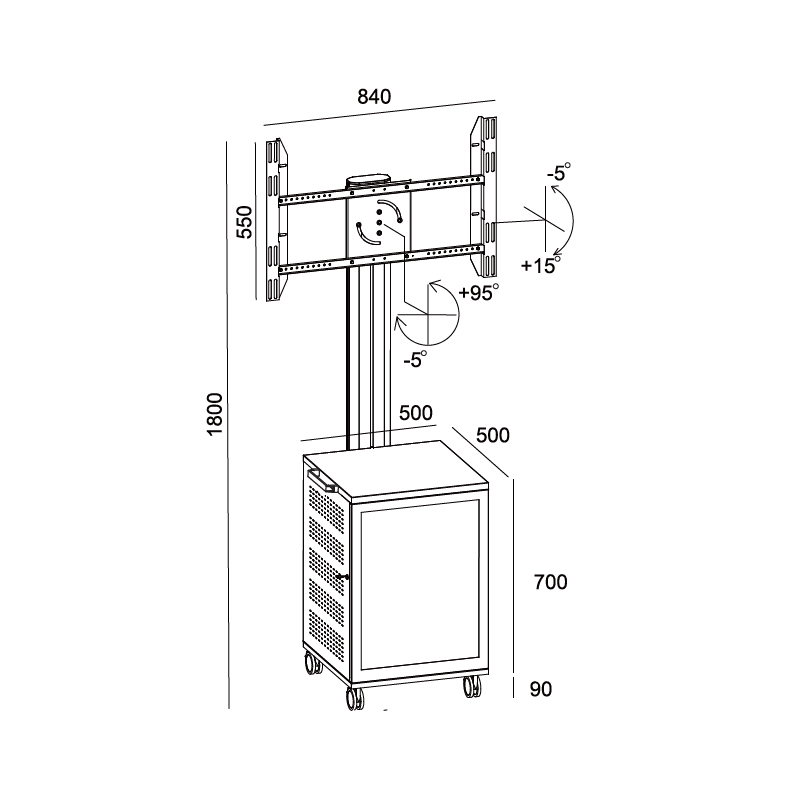 Public Display Stand 180 Single MediaBox is one of the most flexible and multifunctional display stand of its kind. The display possibility makes this unit optimal for videoconferencing and more detailed presentations where a large screen scenario might be needed. The 180 cm height is useful for both for conference rooms or other situations where the viewers are sitting down and in public areas such as trade shows, hospitals and other places where the audience are standing. So get an optimal positioning for both seated and standing audiences - in any part of your facility.

Our  Public Display Stand has a versatile usage area. Mainly made out of a light weight aluminum construction it is both heavy duty and will support most ideas and environments it is placed in.

When developed much emphasize has been put into the stability and overall quality of the display stand, both when put in place but also when in movement. As a stabile and sophisticated display stand base with wheels are included as standard. This means the series is very easy to move around. This makes it a perfect partner for use in public environments such as conference rooms, class rooms or hospitals.

The bottom inside of the Mediabox houses a separate 220v power rail supporting the units placed inside the Mediabox with power.